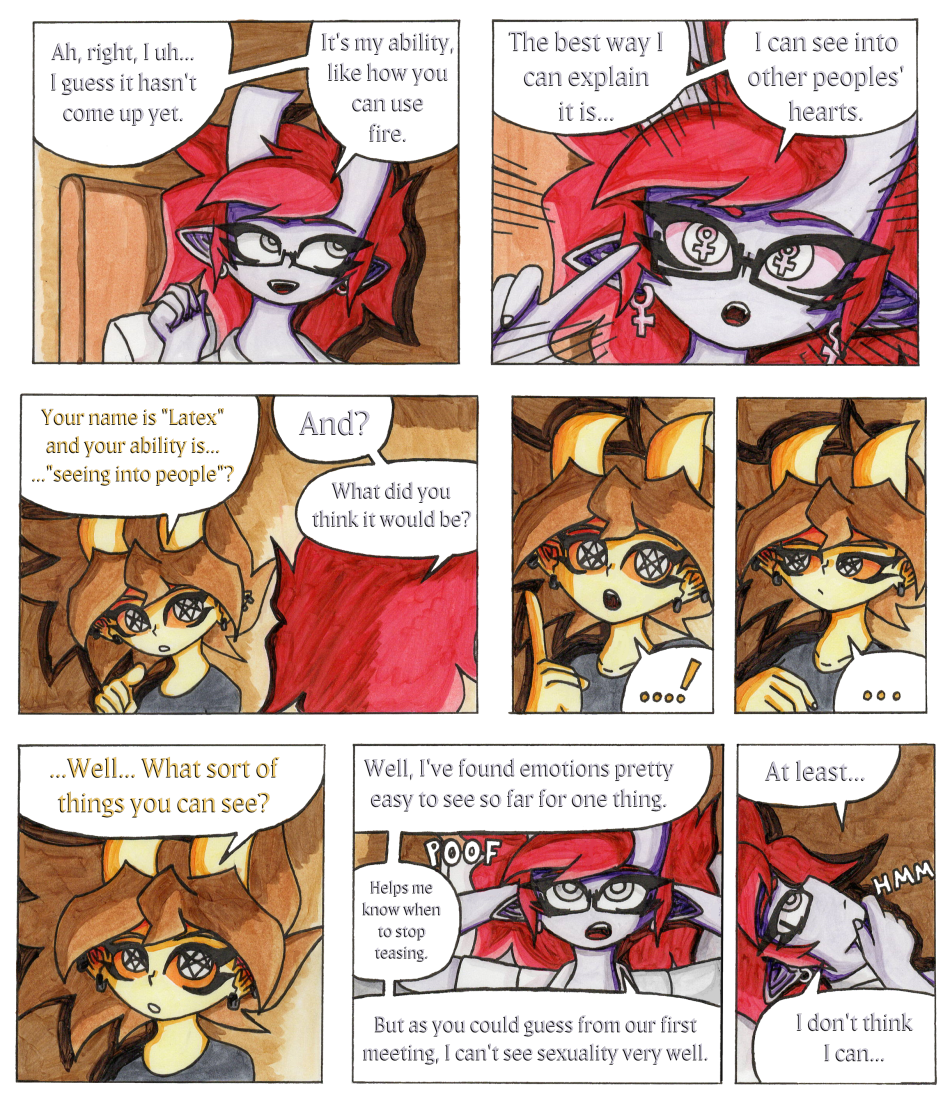 RexMatical 19th Nov 2021, 10:00 AM
I had a few different ideas as for what Latex's ability was at different points in time. I even got to the end of basically having the story written out without really settling on it 100%.

At first, the story was written in a way where it never really came up. At the time her ability was going to be "having wings" because she had wings in the original first drawing I did of her, and it would only come up as a one-off gag moment. I figured that was kind of dumb, though, since it wasn't even really an "ability", so I scrapped it.

At around the same time, I was struggling to figure out what Latex's eyes would look like, since originally she just had the circle eyes like when she's not looking at anyone, and I thought that was a bit boring. Eventually, I had the "gender vision" idea, which I kept because I thought it was kind of cute, which evolved into "seeing into peoples' hearts", and was actually a useful story element that would come up and be interesting.

More interesting than "having wings", for sure.

...(RockB) 1st Dec 2021, 6:26 PM
Well, the obvious ability for someone named Latex: Spitting latex :P ;^)
Edit Delete Reply
ChelseaKallaghan 18th Jun 2022, 2:18 PM
An ability for someone named Latex? Let me think... Binding people in latex? Like some latex slime. Transforming stuff into latex, as mentioned before. And not just clothes either. Turning people on, kinda mind control style. Would tie in with her flirty nature. Obviously, she would only use on people who consented to. Hypnosis, maybe? Who knows... Something related to electricity! Her latex gloves kept it from escaping her hands, which is why she played with herself using the gloves and nothing else the other day. Ideas, ideas...

Edit: forgot to mention... That owo joke cracked me up way more than it had any right to. XD
Edit Delete Reply
Post a Comment