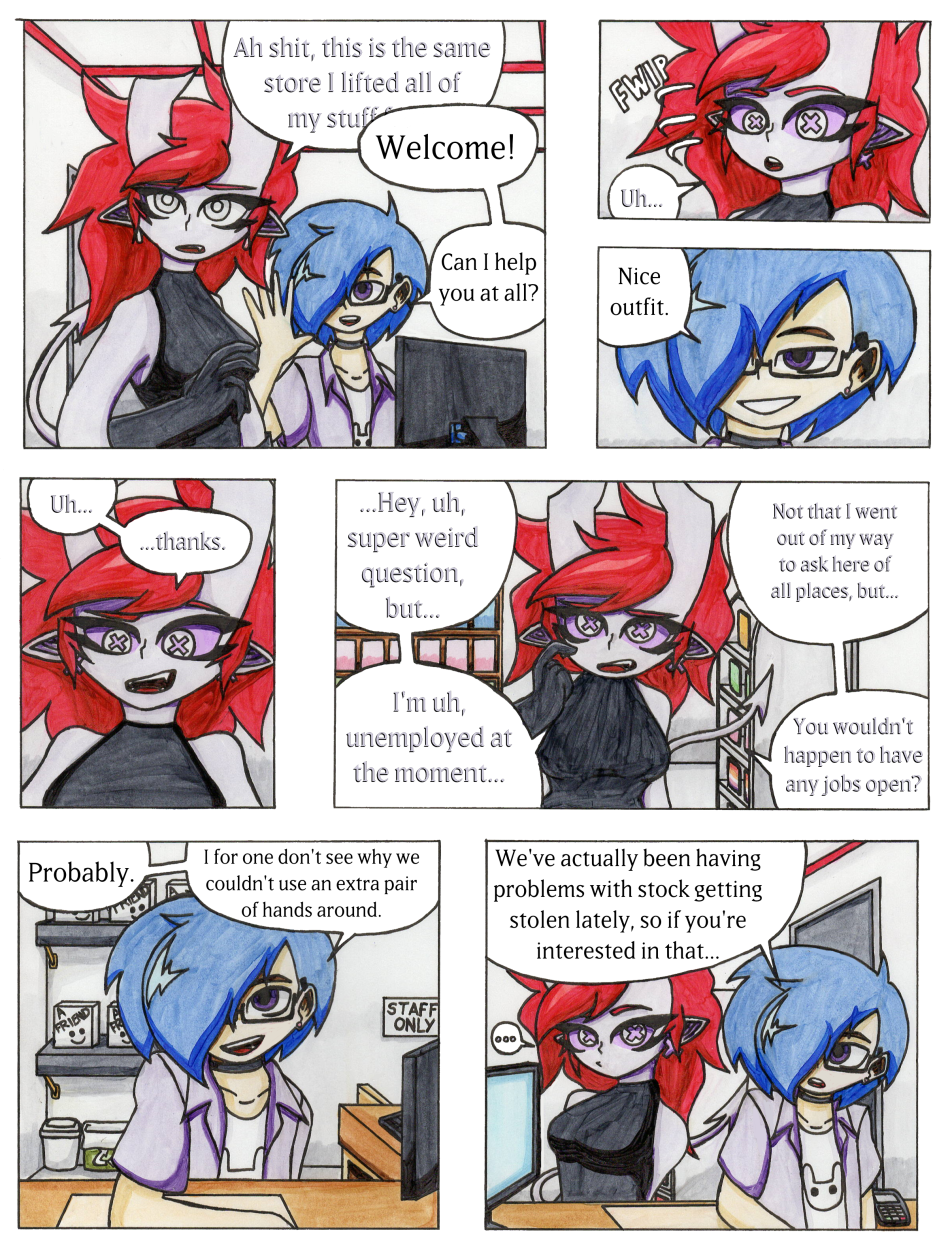 RexMatical 29th Oct 2021, 10:00 AM
I don't think I ever said it outright, but I would think it to be somewhat clear at this point that Latex's eyes change based on who she's looking at. It's related to her ability, as we'll find out in a little more detail towards the end of this chapter, but I think you can probably guess, at least in part, what it entails.

...I was going to make a "clearly it's X thing that it obviously isn't" joke but I couldn't think of one.

My Twitter, in case you want to follow for whatever reason, can be found here
And, if you want to support me making this comic, you can do so via my Ko-Fi
Edit Delete