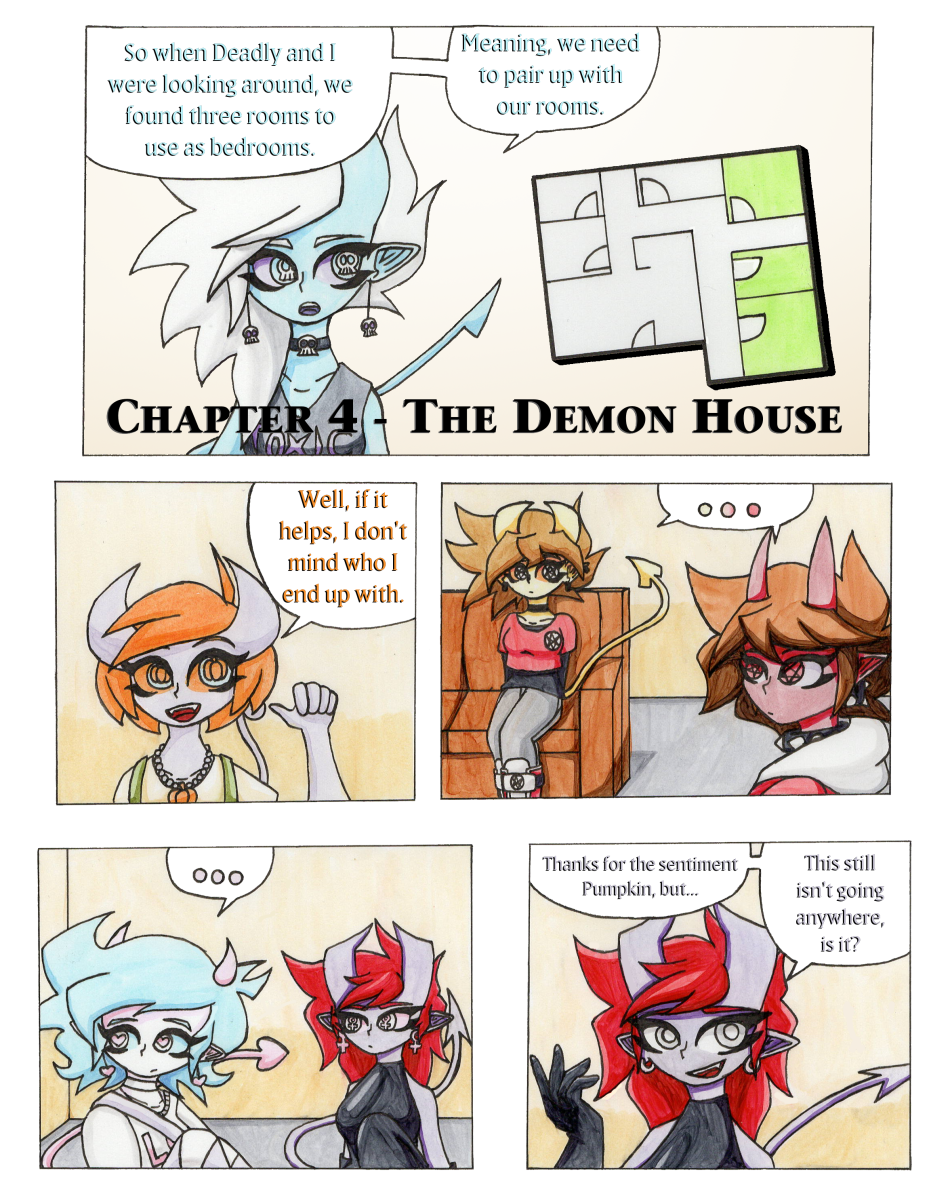 Fun fact: "Demon House" was the first idea I had for a title when I first came up with this story before settling on "Poison Mind". I ended up deciding against it, though, because I felt the title put more of an emphasis on the house itself rather than its inhabitants. Felt too close to that animated movie Monster House as well, which is a completely different thing. I liked it enough to keep it as a chapter title, though. I guess I didn't really have any better ideas for this chapter's title and it just sort of stuck?

Huh. I seem to have a habit of deciding on things and keeping them for no better reason than 'it just stuck'.