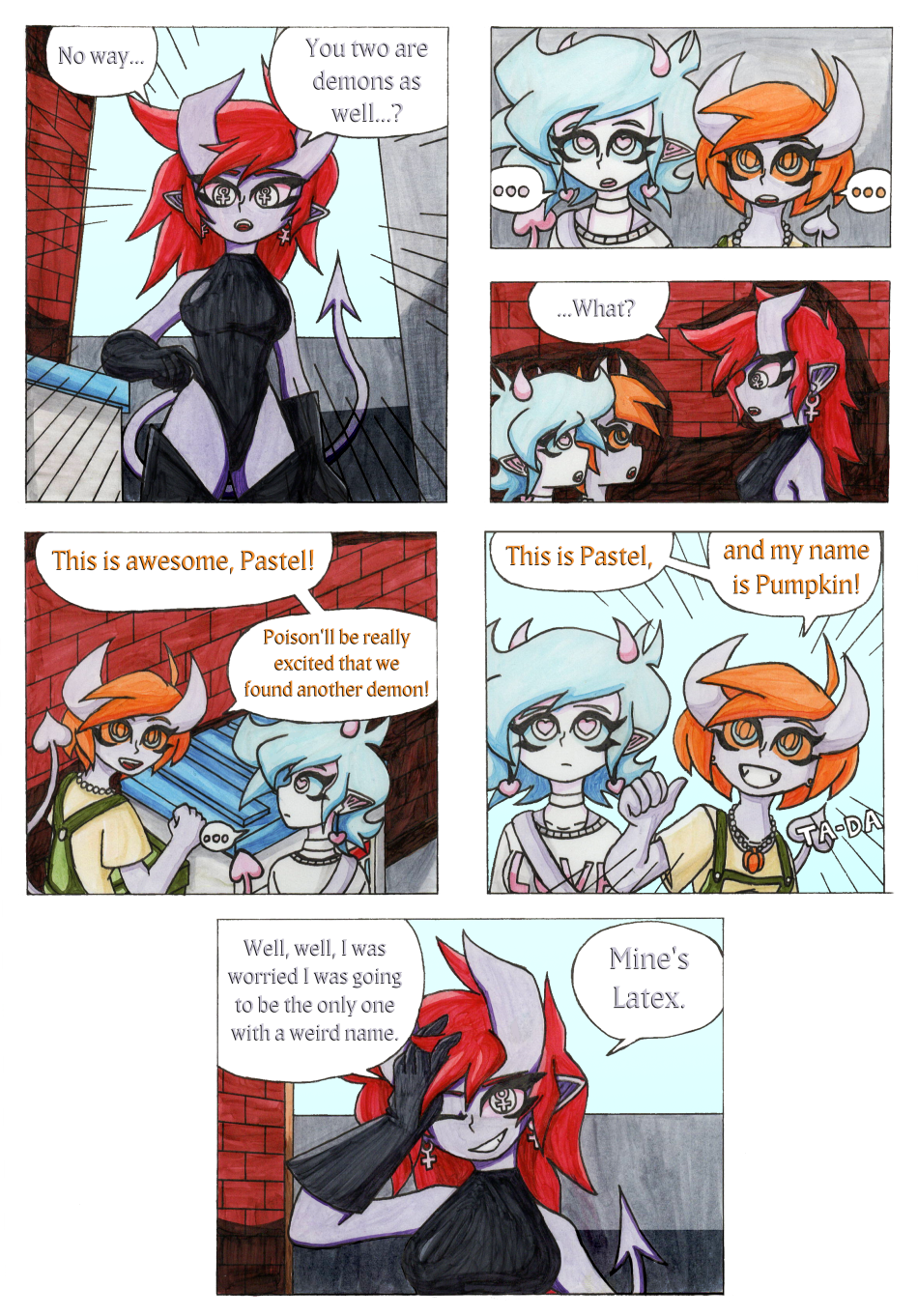 RexMatical 22nd Jun 2021, 10:00 AM
You saw her at the end of the previous page, but now here she is properly: Latex, the fifth main character!

One thing I was unsure on while writing was whether or not I should have changed her name, since unlike the other characters, her name has absolutely nothing to do with her ability (which we don't learn for a while). It's a remnant of something I mentioned in a previous author's note: the Inktober prompts I did last year that inspired these characters and subsequent story. The prompt was 'latex', so the character that eventually came from that was named Latex. I don't know if she ever had a latex-related ability at any stage of me writing this story, so... I guess it just stuck?


My Twitter, in case you got here from somewhere else and want to follow, can be found here
And, if you want to support me making this comic, you can do so via my Ko-Fi
Edit Delete