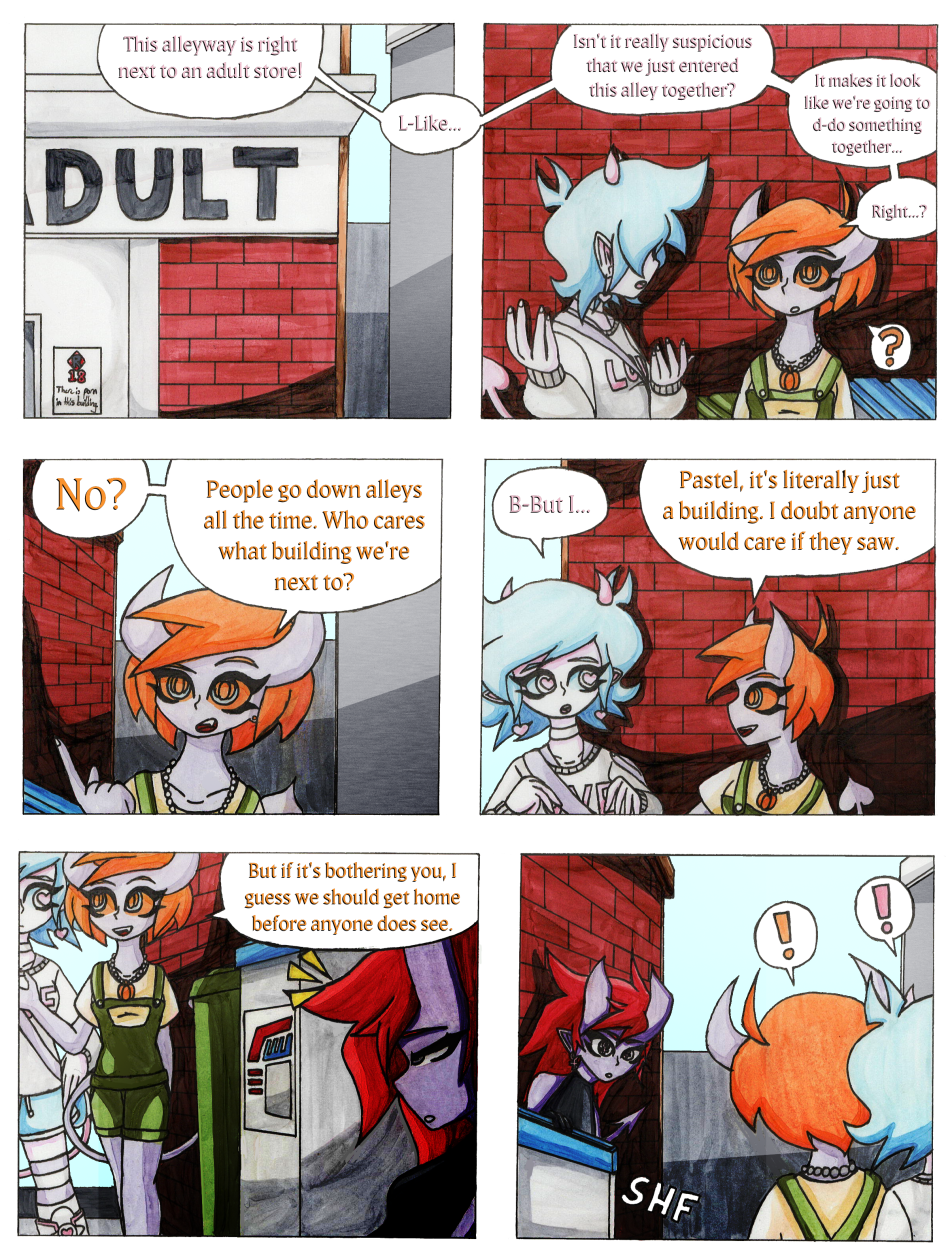 I'd written this scene in my draft, but I didn't realise until thinking about it later that I had no idea what an adult store actually looked like. I solved this problem by going past an adult store in my city to take reference photos of the building, and I was surprised by how plain it looked (which is why I drew it plain). Like, from a distance, if it didn't have "Adult Store" written in big block letters on it, I would never have guessed what it was. I was way too embarrassed to go inside at all, though; I felt embarrassed enough just standing outside taking a couple of photos, even with no one else around! I think I'd have had an anxiety attack just trying to get through the front door.

Which is probably for the best, in hindsight, since I don't have the money or interest to have actually bought something while I was there.

My Twitter, in case you got here from somewhere else and want to follow, can be found here
And, if you want to support me making this comic, you can do so via my Ko-Fi
Edit Delete

The stores out of town by the highway get the blackout treatment with pink, purple, and green neon however. Easier for long haul drivers to see.
Edit Delete Reply
JennaDasylve0n (Guest) 12th Nov 2022, 4:43 AM
first panel: there is corn in this building.
Edit Delete Reply
Post a Comment