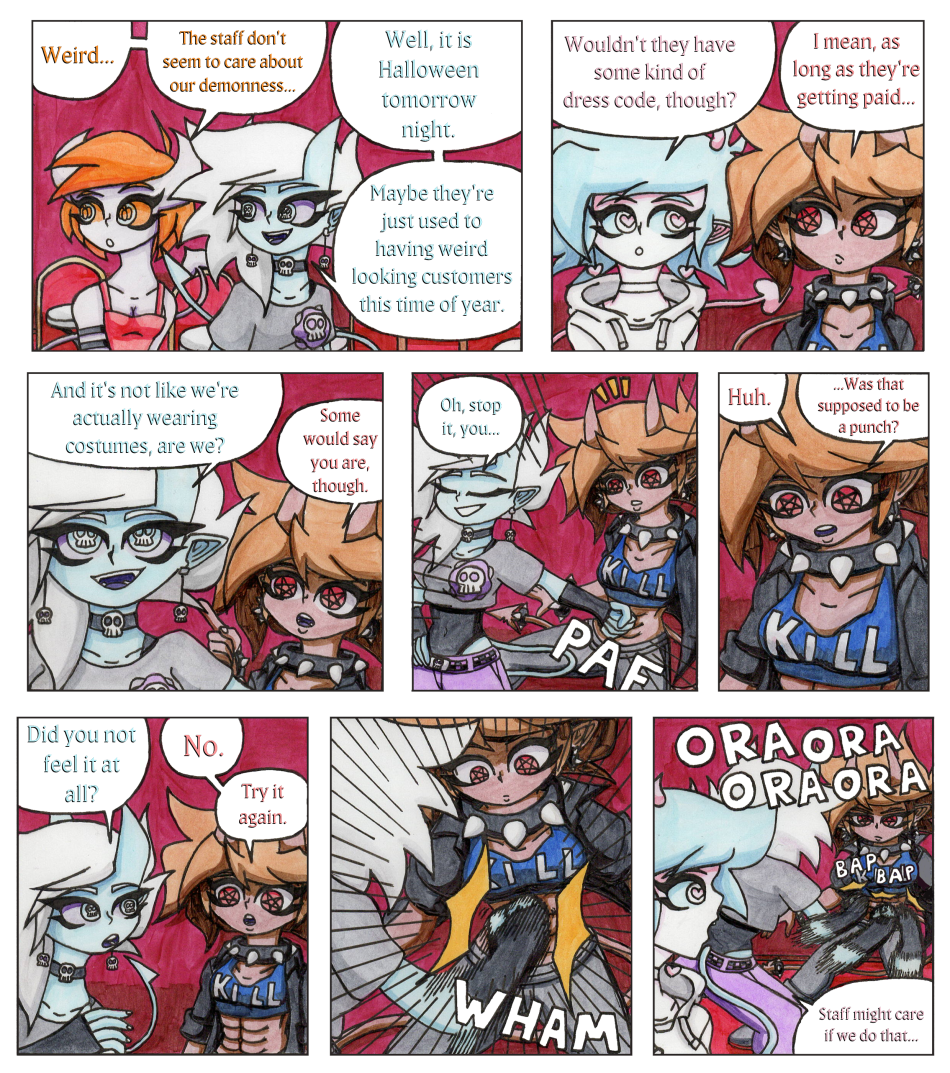 This is another page I've gotten to the other side of and thought "man, this looked a little cleaner before I coloured it". Although, most of the time so far when that's happened I've felt better about it down the track. So I have confidence that I'll come around to it sooner or later.

I think it's the red background. It's based on the colours of a restaurant I visited while in Melbourne a few weeks back. I thought it was super nice in person, but given that I forgot to take photos and am drawing almost entirely on memories, I might be missing some of the detail that made it work. Still, I don't hate it.

And what do you know, hey? I'm already starting to feel better about it!

User comments:
ChelseaKallaghan 23rd Jul 2022, 2:38 AM
So... Not only is Deadly capable of inflicting insane damage, she's also immune to it? Neat.
Edit Delete Reply
Post a Comment