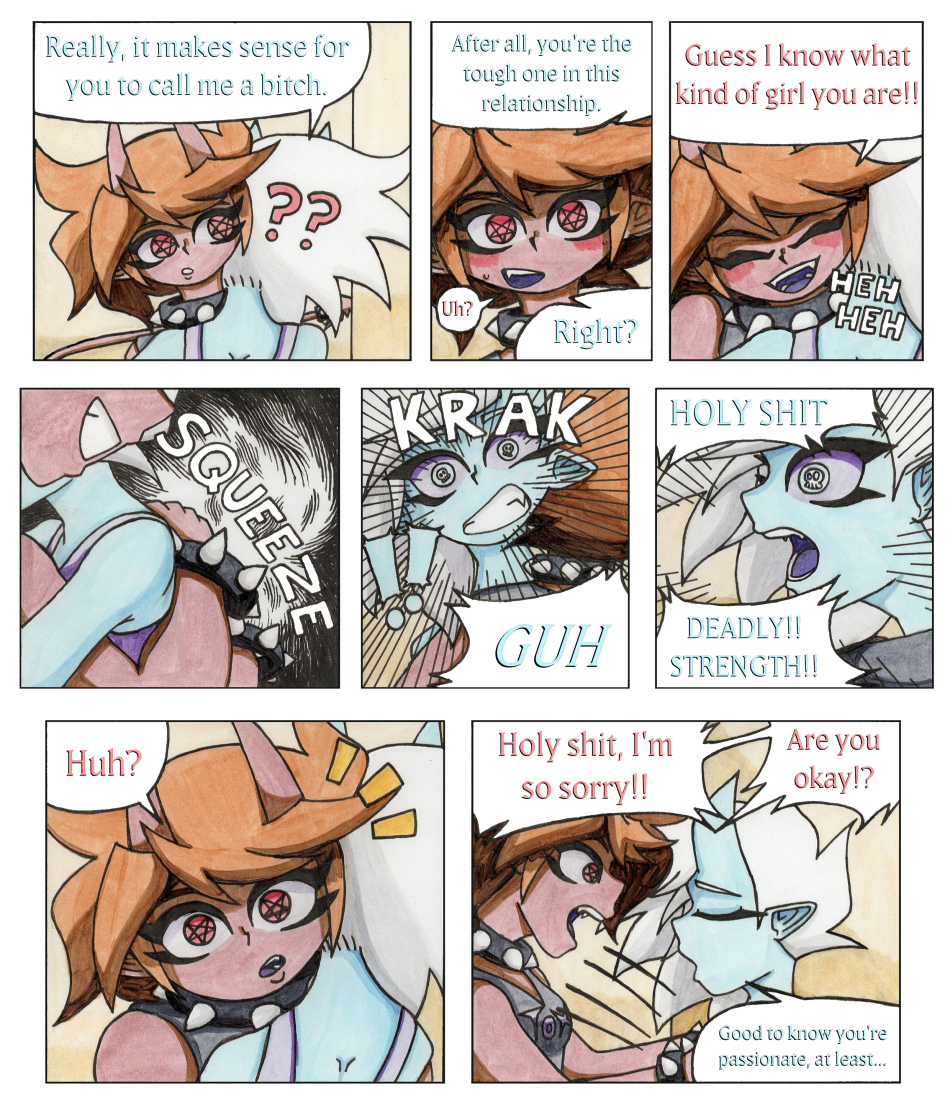 RexMatical 28th Jun 2022, 10:00 AM
I was originally going to have Poison cough up blood in panels 5 and 6, but I chose to edit it out in the end since I wasn't really satisfied with how it looked, and because I felt it might not be nice for those who are a bit squeamish about blood without a warning. There's some spots later on in a certain chapter that have blood, but I'll give a proper warning before we get there.

Personally, I'm weirdly back and forth on blood and gore. Some stuff I'm totally fine with, particularly within fictional depictions, but other times I've had pretty strong reactions to it. Maybe it's a matter of what medium it's presented in (eg. cartoon VS live-action) or the context of the scene or subject. Like, it makes sense to see a bit of it in like a fight scene or something like that but it's really shocking when presented in, say, a horror context.

Anyway the point is I edited out the blood :P

User comments:
ChelseaKallaghan 29th Jun 2022, 2:32 AM
It does make sense to take out the blood in that scene, because to make someone bleed by hugging them it would take actual intent. Breaking bones, cutting the lungs... It would not happen by accident. I mean, unless Deadly really has no clue about her own strength.
Edit Delete Reply
Post a Comment