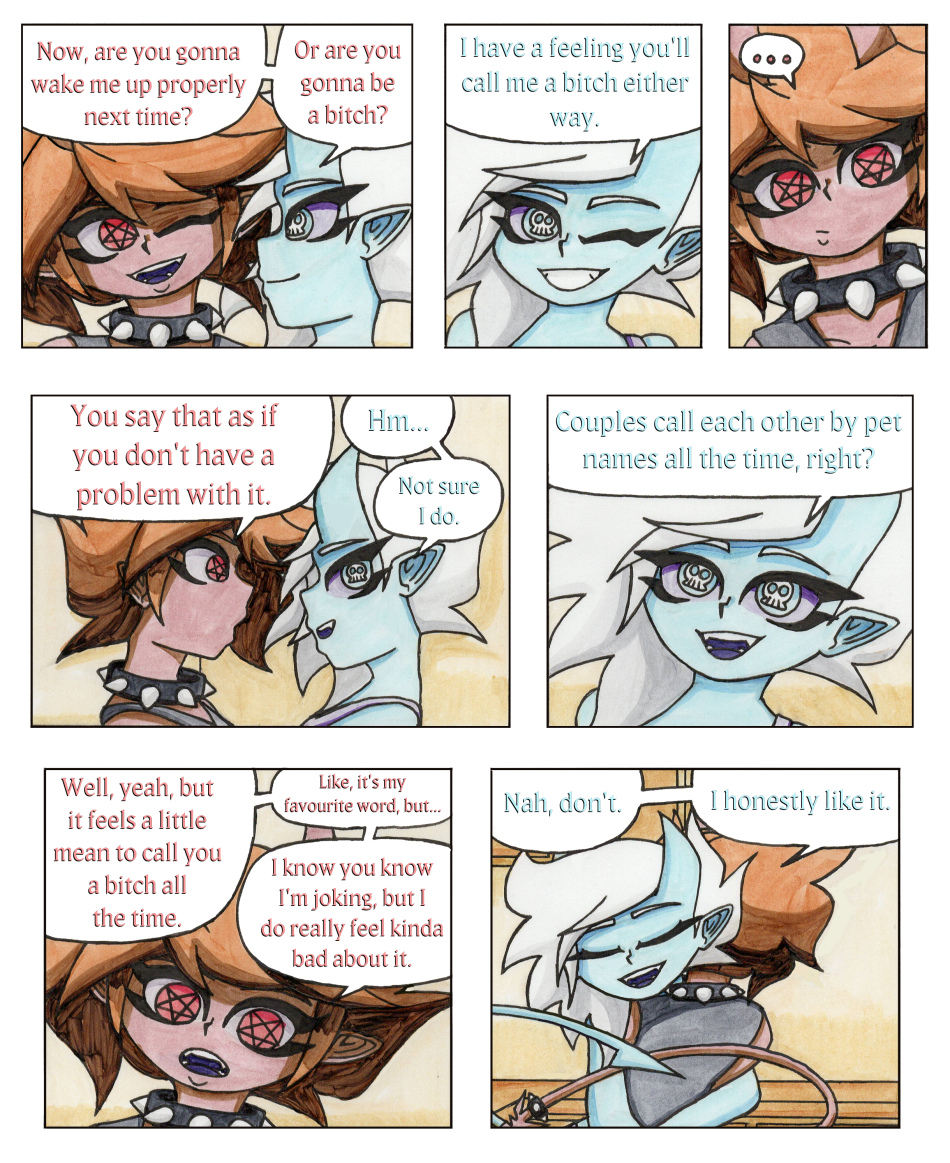 RexMatical 24th Jun 2022, 10:00 AM
I had originally intended for "bitch" to be a bit more of a catchphrase for Deadly, but once I wrote the story out properly there wasn't as much space to slot it in as I'd hoped. Part of that is becuase at the stage I decided on Deadly saying "bitch" a lot, I wasn't sure of if I'd make Poison Mind into a more episodic series with more skits and short gags rather than a proper story. I guess it would have been like a punchline in its own way when she'd say it? I dunno. That was a really early version of Poison Mind when ideas were still first stirring that never really got elaborated on, so I can't really remember much in terms of details.

User comments:
ChelseaKallaghan 25th Jun 2022, 4:19 AM
Lol As someone who gets called "Little Bitch" by my best friend, I approve of this development. XD
Edit Delete Reply
Post a Comment