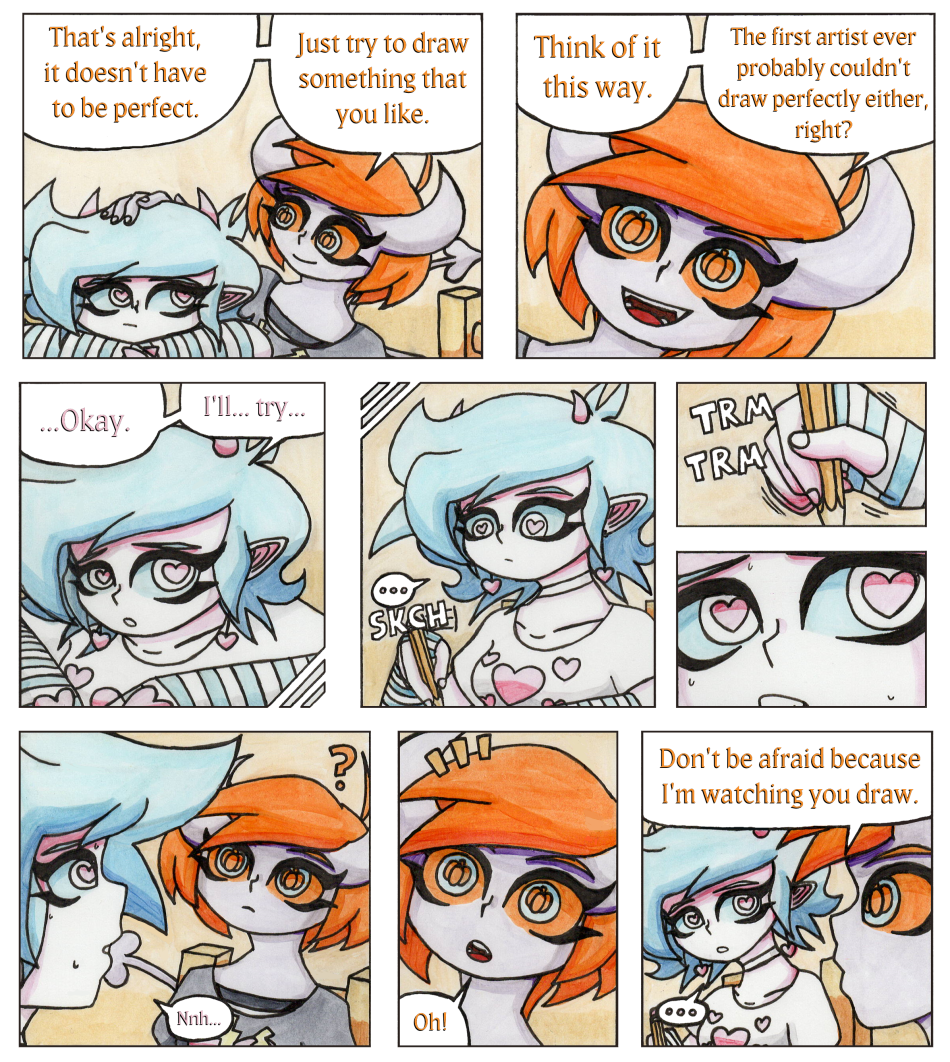 RexMatical 17th May 2022, 10:00 AM
Pumpkin's line in the second panel is a technique I often use to reassure myself, actually; where you compare where you are now to where other people would have been at with the same amount of experience. People learn at different rates, and it's hardly like everyone started learning at the same time. So when you're just starting out, I think it's important to remember that most people who, even if they're amazing now, probably started out about as good as you did. I've been drawing (properly) for about 6 years at this point, so I think it's only fair to compare myself to people who've been drawing for about that long, rather than against someone twice my age who's been into it for their entire life, for example. I don't say this to mean that anyone who's also been at it for 6 years has to be at my level, mind; again, people learn at different rates.

In short, uh... What Pumpkin said.