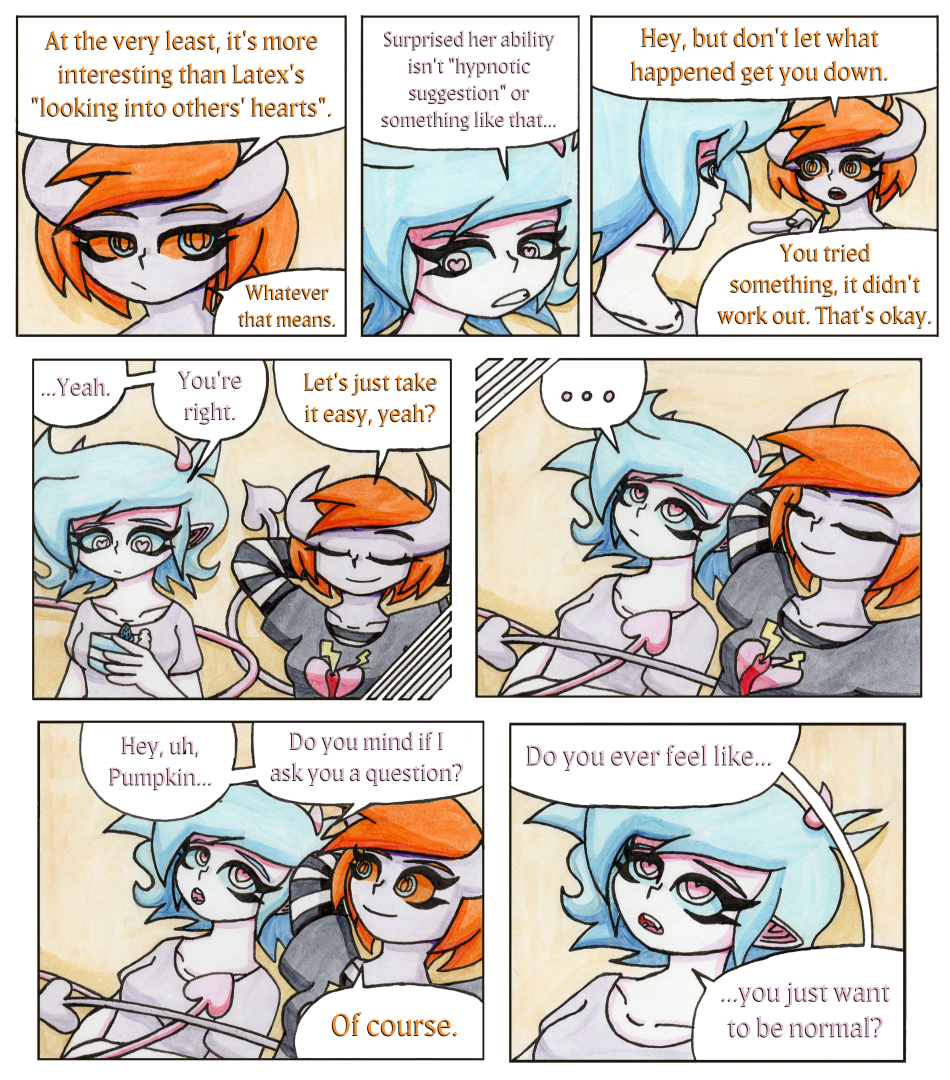 RexMatical 22nd Apr 2022, 10:00 AM
So I said I'd give a quick recap of the latter half of chapter 6 for the readers that chose to skip it in case it was a bit much for them, but my dumb ass forgot to do that and wrote about other stuff in the author notes for the first page of this chapter. I only remembered that I meant to do this almost two months down the line, and so I'm editing the recap into this author note now.

So, to summarise in brief:
After Pastel and Latex had their altercation, Pastel had a lot of angst about feeling useless and unhappy all the time, so Pumpkin helped her calm down. Pastel explained that she chose to have sex with Latex because she felt that helping others out would make her feel less depressed, but it didn't really do anything. Pumpkin then said she wanted to help Pastel find something she enjoys to help with the depression, and had an idea for something to try the next morning. And so, here we are on said next morning!

Sorry for anyone who wanted that quick recap but didn't have it initially. My bad!


This page's original author note:
So Pastel's still a little bitter towards herself over what happened, but that's why Pumpkin's here to help her out. Taking a moment to relax before making an effort to move forward is the strategy here. And so, of course, the best thing to do is immediately get into deep and potentially confronting topics again, huh, Pastel?

Silly lil goofball she is.