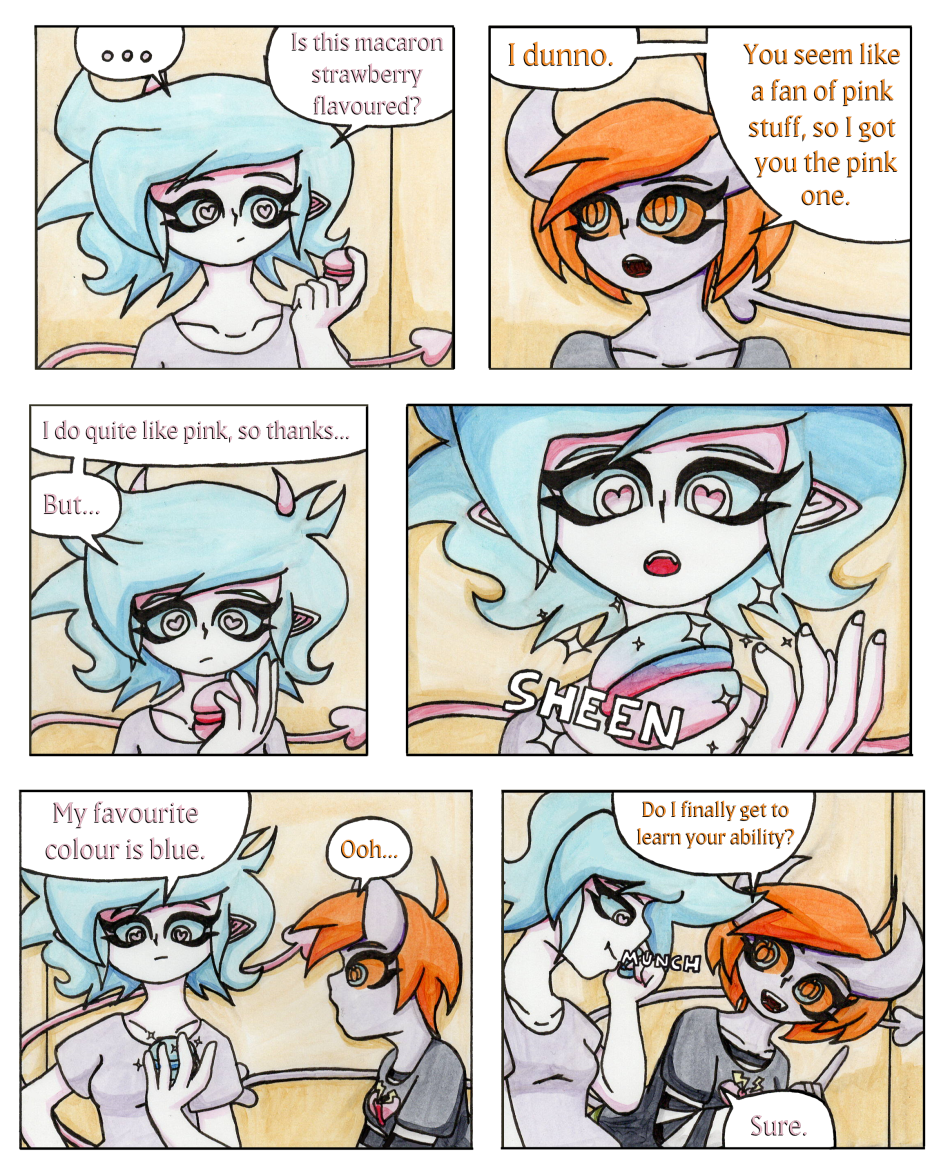 RexMatical 15th Apr 2022, 10:00 AM
I got a lot of you (3 is a lot of people to me apparently) mentioning how the word "person" doesn't necessarily exclude non-humans in the comments on the last page, and now that I think about it? You're right! I had that limitation in place to try make it more clear that the characters aren't human anymore, so I tried to avoid language that could infer that they are, even though it's technically not incorrect to call them "people". But I guess I don't need to limit myself in that way anymore.

Although, since I've written more or less exactly what's going to be said by everyone already, it might not come up :P

RexMatical 18th Jun 2022, 5:42 PM
I literally designed her without noticing LMAO if anyone is the shame it is me
Edit Delete Reply
Post a Comment