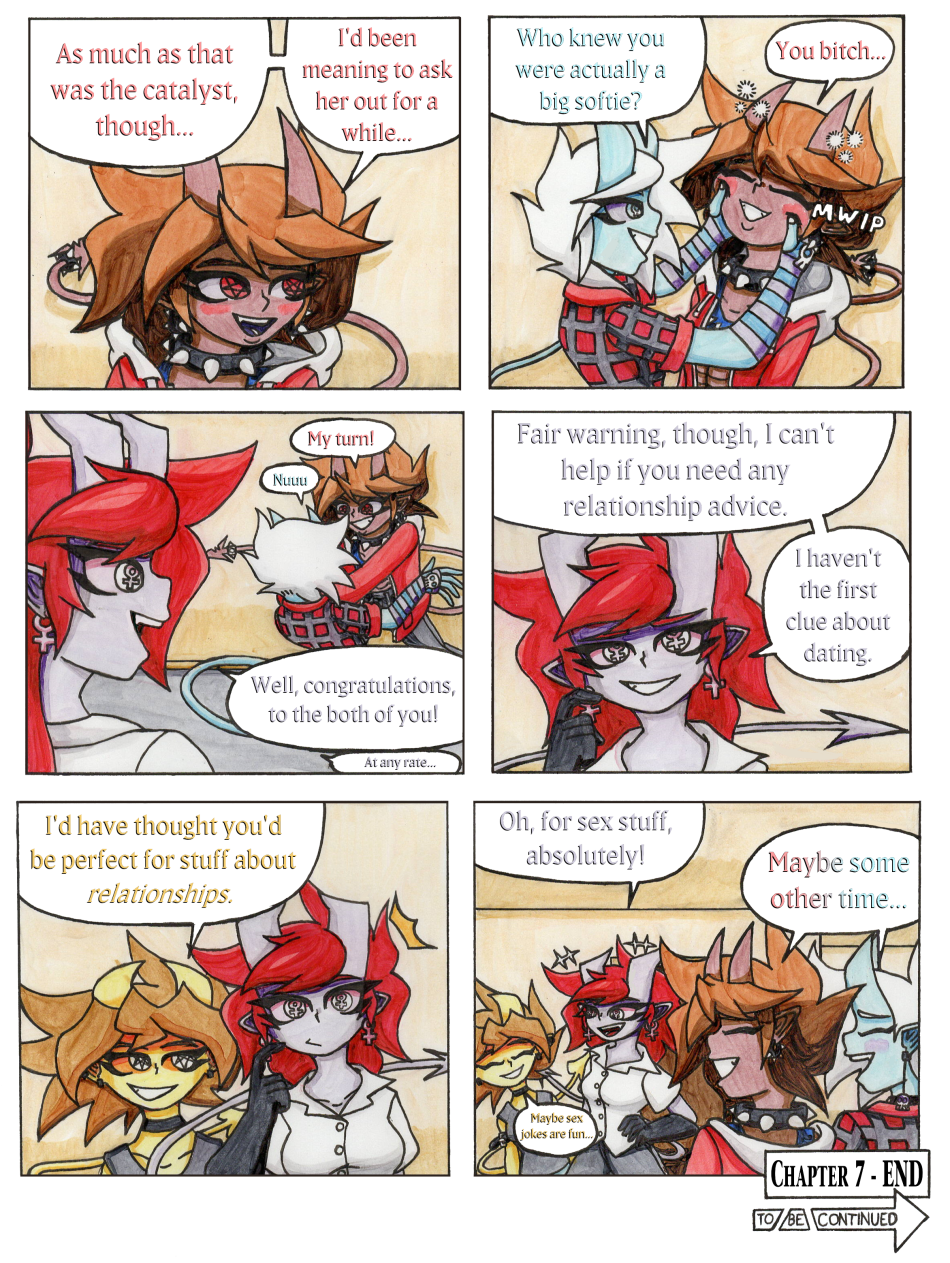 RexMatical 1st Apr 2022, 10:00 AM
Now, I know it's April 1st, but as those of you who know me personally may be aware, I'm actually not very funny, so there's no April Fool's joke here. Instead, the chapter ends! I suppose that's an April Fool's joke in and of itself. Haha, tricked you, now you have to take a week off from checking for updates! >:)

I'm so devious. Chapter 8 starts on the 12th of April. And for all you Pastel and Pumpkin fans out there (I know there's at least one of you >:P), we're going back to them.